Wishing you all a Happy New Year with a homage to Tomas Tranströmer and the Stockholm archipelago:
a poetic documentary film and photos

In this  wonderful documentary film by Eva and James Wine, Tomas Tranströmer, Nobel prize for litterature 2011, reads (in Swedish) his long poem Östersjöar – Baltic Seas, with documentary material and pictures from Runmarö and the Stockholm archipelago. Tomas’ family were pilots (lotsar) from Runmarö guiding boats sailing towards Stockholm harbour.
Update August 2017: The film could earlier be watched for free; now you may rent the film for $ 3.99 here.
The poem Baltic Seas  in English translation.
Links to translations into several languages
Background information to the film.
Tomas Tranströmer reading Baltics at the University of Arizona 1974 and 1975
Related facebook page

Below are pictures I shot in the year 2006 at a reading of Tomas Tranströmer’s poetry on his Runmarö island in the Stockholm archipelago. It was a wonderful summer afternoon with cello musci, reading – and picknick in the green. Here also Tomas’ wife Monica. Fine summer memories this grey winter December.

Below a picture from our festivities in the Runmarö local community center (Hembygdsgården) at the same time as the Nobel Prize banquet when Tomas was awarded the Nobel Prize for litterature in December 2011. On the big screen – television transmission from the Stockholm City Hall, with Tomas and Monica at the table.

That was a real winter back in 2011. And so was last winter in and around Stockholm. Here the Styrsvik jetty on Runmarö and skating in the afternoon sun on Källtorpsjön lake at Hellas outdoor sports center. This year however so far: grey. But it could be worse, and will probaby  become better! 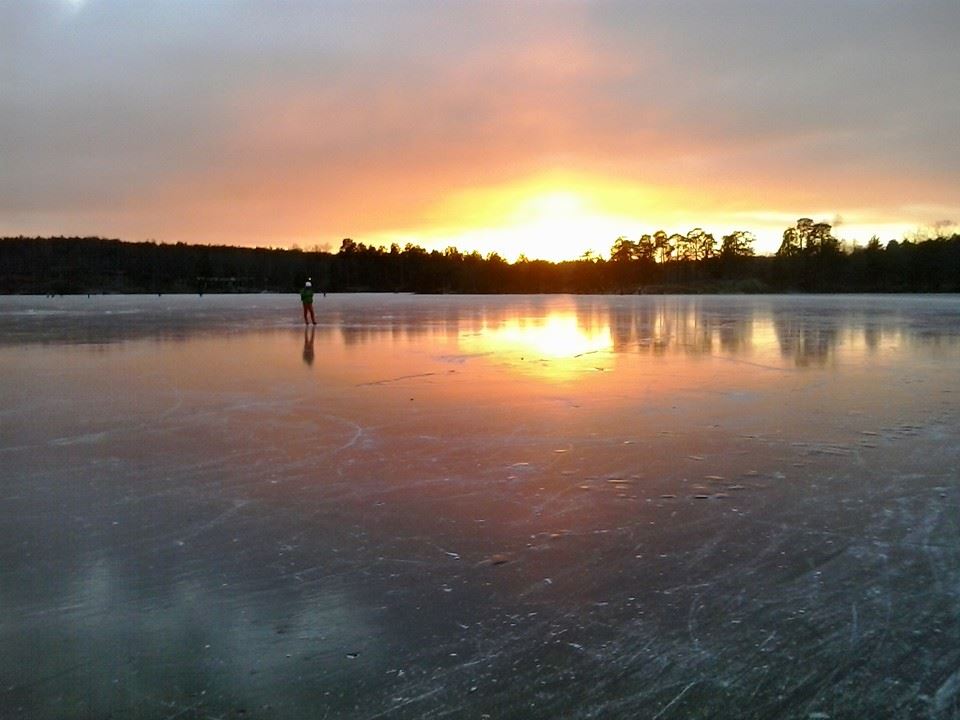 My 2016. During the year that passed I made two visits to Sicily, Palermo and mainly Siracusa, a wonderful historic town with greek roots on the south-east coast. I got time to read and write, and swim. I worked on a policy oriented book in Swedish, with twenty-seven colleagues, on research policy in the field of work. Find the book, and abstracts in English here. For the moment I started working with colleagues on a basic university textbook in Swedish on work and management in  a changing “Swedish model”.  This is a further development of my edited volume Nordic Lights.
After that I am planning a minor study on employment, immigration and  rightwing politics in a small town. Some of you may have heard about my long time project researching and aiming  to write a book about Gunnar Andersson, Säffle-Gunnar, le grand buteur, great star in OM, Olympique de Marseille in the 1950’s. Here is a link to a facebook page about Gunnar   The photo here is the cover of the book for OM’s 100 year celebration, with Gunnar on the front cover.